The Story of the Vivian Girls, in What Is Known as the Realms of the Unreal, of the Glandeco-Angelinian War Storm, Caused by the Child Slave Rebellion created by Henry Darger

Henry Darger (1892-1973) was a reclusive hospital custodian who lived in Illinois, Chicago. He lost his mother at an early age, and lived with his father until the third grade before being placed in an orphanage. He was later rehomed at an asylum for feeble minded children. As an adult, Darger attended mass up to five times a day, was very preoccupied with the protection of children, and once considered setting up a society for their protection.

A seemingly unremarkable individual, Darger produced a 15,145 page fantasy manuscript comprised of prose and hundreds of drawings and illustrations.

The manuscript was stored in his humble apartment until his landlords, Nathan and Kiyoko Lerner, came across it shortly before his death. The Lerners immediately recognised the manuscript’s merit and took it upon themselves to build Darger’s legacy.

The manuscript is considered to be a primary example of outsider art, a masterpiece created by an untaught artist.

Darger’s creative work serves to demonstrate that our minds are like universes in themselves, and we can never truly know the depth and brilliance of another person’s imagination.

Individuals from all walks of life have the ability to make extraordinary art, and we would be wrong to believe that the only art that matters is that which is taught, facilitated, influenced by canon, and brought into being by people of status.

The Pepsi Cola Addict is a book written by June Gibbons, one of the so-called ‘silent twins’.

June and Jennifer Gibbons were born in 1963 and raised in Wales. The only black children in their school, they were often ostracised and bullied. The girls shared a speech impediment which made them difficult to understand, and eventually they only spoke to one another, shunning efforts made to communicate with them.

The twins decided to become novelists and sent away for creative writing courses through the post. They went on to write short stories, plays, and books in their bedroom. June wrote The Pepsi Cola Addict and she and her sister combined their unemployment benefits to have the book published by a vanity press.

Sadly, the lives of the girls became so dysfunctional that they were sent to Broadmoor Hospital, and Jennifer died suddenly upon her release at the age of 29.

June Gibbons is considered to be an outsider writer.

In 2014, he released a short film entitled BEAUTY which garnered huge acclaim. In the film, Tagliaferro has animated classical paintings, breathing life into their subjects, and prompting awe in the viewer. The film is an art lover’s dream: haunting, enigmatic, and astonishing. I’ve watched it several times and it never fails to move me.

Go right ahead and hit play. 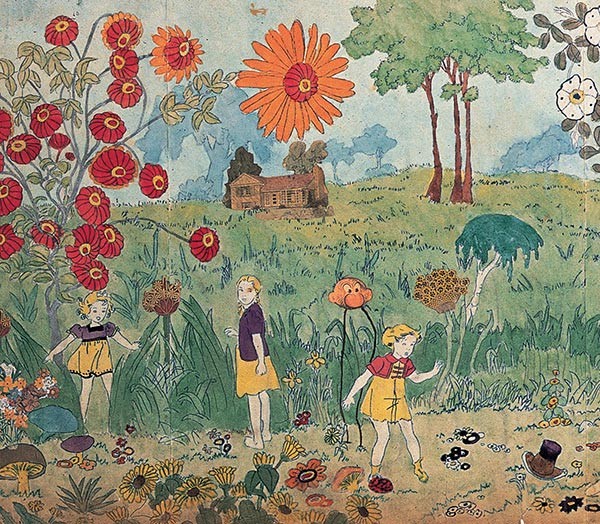