You Have to Make Your Own Fun Around Here tells the tale of two precocious girls, Katie and Evelyn, who have grandiose dreams of becoming filmmakers and artists, but an all-consuming rivalry overshadows their friendship.

It’s been reviewed in the Irish Independent, Daily Mail, Irish Times, RTÉ, and Booklist (the American Library Association publication). It’s been featured in the Connaught Telegraph, the Western People, and was chosen as a Dubray Books recommended read for April.

It’s been chosen as an Irish Independent Book of the Year and Sarah Bannan (Head of Literature at the Arts Council of Ireland) chose it as one of her top ten reads of 2020. She said, “This is a great debut from Frances Macken… It centres around a female friendship from childhood through to adulthood. It many ways it feels like the plot is centred around a mystery, but the thing that keeps you turning the pages is the strength of the characters and the 100 percent honesty of their relationships. It’s fresh, and it’s funny, and I felt I was in the hands of a seasoned novelist. Can’t wait to read what she does next.” It has also been shortlisted for the People’s Book Prize, and longlisted for the Author’s Club Best First Novel Award.

I wrote a piece for the Irish Times and for Writing.ie, and had a chat on the RTÉ Book Show about what it’s like to launch a book during a pandemic. I did a Q & A with the Write Or Die Tribe, and even compiled a music playlist that was featured on the Largehearted Boy blog.

I was invited by the West Cork Literary Festival to participate in their Literary Advent Calendar in December. Here I am reading a chapter from the novel:

Here’s what reviewers have been saying:

‘A fresh, clever look at the intricacies and jealousies of female friendship. This debut reads like a modern, mysterious version of Edna O’Brien’s The Country Girls.’ (Irish Examiner)

‘Few writers have articulated the intricacies of friendship – the dependency, the uncertainty, the fragility of the pecking order – with as much authority….a debut bursting with heart.’ (Irish Independent)

‘You Have to Make Your Own Fun Around Here vividly captures life in a close-knit community, while examining the intricacies and anxieties of female friendship… Katie is a vibrant creation, whose insights are often fresh and startling… The ups-and-downs of going places is ultimately what makes the narrative come to life.’ (Irish Times)

‘This exploration of the seething hinterland of growing up, with its often unspoken passions, unrequited longings and intense jealousies, is melancholy, funny, dark and affecting.’ (Deborah Kay Davies, author of Reasons She Goes to the Woods)

‘A subtle, powerful debut novel. Quietly packing her emotional punches, never predictable, Macken’s prose is clear-eyed yet lyrical, and in Katie, she has created a truly touching (and at times very funny) protagonist… A new voice in fiction to celebrate.’ (Anna Beer, author of Patriot or Traitor)

‘Frances Macken’s You Have To Make Your Own Fun Around Here charts the friendship of three small-town girls from their childhoods through to their early careers, exploring envy and self-belief with consistent, natural humour and spot-on observations.’ (Caoilinn Hughes, author of Orchid & the Wasp)

Here’s a selection of retailers who are selling the book presently with direct links to purchase. 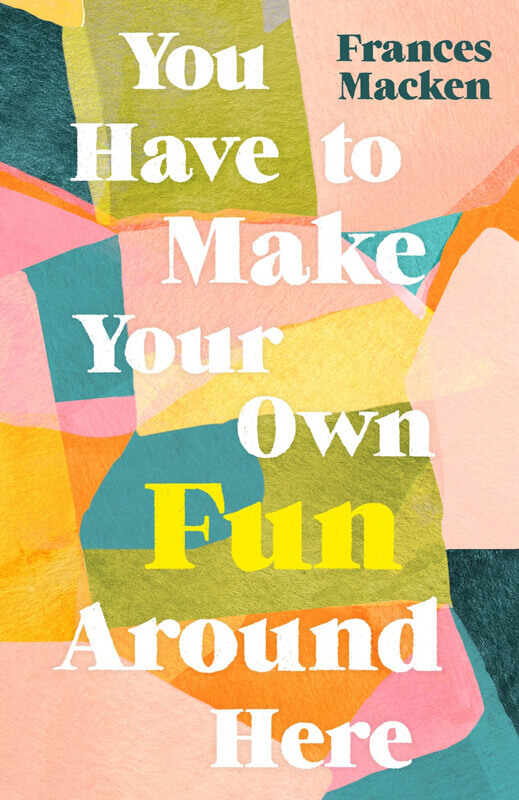